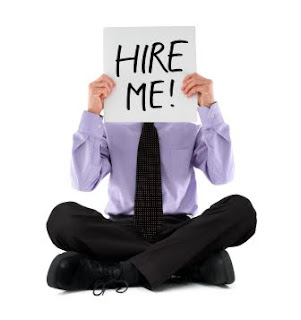 A typical day begins when my alarm clock’s snooze facility has tired itself out and all the good intentions of waking up early have dropped down through the hole in my bedroom floor. If it’s a good day I might start with a run or an exercise video, so I can feel some sense of achievement. If not, it starts with a fry up, because I have all the time in the world to cook bacon and eggs and toast.

I try to organise my time efficiently, to plan lots of things to do each day, but I quickly realise that I need to space these things out to fill up the time. One job each day, surrounded by humming, breathing, walking, tv, radio, chats, snacks, it’s surprising how the days can fill up and I almost begin to wonder how I managed to fit a full time job into my life.

I spend a few hours updating my CV, before sending it out to the three recruitment agencies that are working hard to find me a job. Two emails come back with an out-of-office reply as my consultants are on holiday and the third has no reply at all. It no longer surprises me that I have been out of work for a month now.

I email one company to check that they received my online application. They did not. I apply again.

I need to do three job-seeking activities each week to qualify for my job-seekers allowance. I worry that if I do many more than this I might run out of activities within a couple of weeks. I wonder if the government will allow me to roll-over my activities should I run out of routes to take to find work. Sorry Mr Cameron-Clegg but I applied for 100 jobs within the last two weeks and now there are no more jobs for me to apply for, can I still have my allowance next week?

Every other Friday I have my sign-in meeting at the Job Centre. I chat with a consultant about what I have been doing to find work. It turns out that he is only working under a temporary contract and is actually competing with me for the same jobs that I am applying for. He says that he thinks the interview he had that morning went really well. I feel quiet outrage.

Today, however, I received my first payment from the Department for Work and Pensions. £66.67. I’m not entirely sure what this means, I have not yet received the letter informing me of my entitlement, nor have I been told at any of my meetings. I don’t know how long this is supposed to last me. I book myself a hair cut for the next morning and order a couple of new dresses online. There, that was a fun way to fill up some time.

The Mastery of Murakami 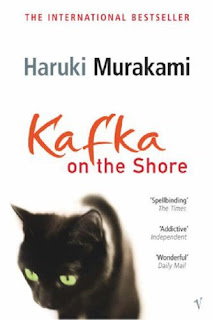 Haruki Murakami: Kafka on the Shore

As captivated as I was by the gripping storyline, I forced myself to read slowly and savour the words of this book. Each phrase was considered and constructed in the most delightful prose that it needed to be fully appreciated. I could not just grab any spare five minutes at the bus stop to allow this story to unfold, I needed to make a pot of coffee, pick a sunny spot and allow myself time to pause and ponder every idea and event that the book gave me.

Kafka is 15 years old and unhappy. He runs away to try to escape a prophecy that his father once told him, unaware that he actually begins to run towards fulfilling it. His journey is one of self-discovery and coming-of-age; it charters his growing maturity whilst marvelling the preservation of those characteristics that he maintains, not a naivety, but a child-like inquisitiveness. He is also wonderfully insightful and literate.

Nakata is an old man with an unusual gift, his age and complete naivety contrast neatly against Kafka, stirring up all stereotypes. His ability to so calmly allow his life to be lead by external events requires great patience which can only be admired. His presence in the novel is a calming one, his life simple and enviable, at least until the turn of events take hold.

The presence of the library in the book also highlights the contrast between the two protagonists, one who adores the books and reads constantly and the other who cannot read at all. Both, however, feel a certain affinity with the building and its contents and both are deeply affected by it.

The Rice Bowl Hill incident is introduced to the story early on and is the first hint of something other-worldly in the book. Not usually one for science-fiction or fantasy, I found the inexplicable events in this book puzzling and exciting. I was tied to the book with my need for these events to be explained and was not disappointed with the perfect balance of explanation and silence, allowing me to draw my own conclusions in a partially-informed manner.

The storyline itself is extremely imaginative and original. It weaves and creates a complex web of details and events that never once bores. But it is the writing that got me, the mastery of Murakami. Simple meals sound delicious, basic tasks become extraordinary, yet fish falling from the sky almost seems normal. Philip Gabriel’s translation keeps all the beauty and ingenuity of the original Japanese text and Murakami’s western influences make the book extremely accessible for a Japanese culture novice.

The newspapers quoted on the front of the book sum up the book in the three most appropriate words: Spellbinding, Addictive and Wonderful.

Kafka on the Shore is published by Vintage Books and is out in paperback now.

Posted by Sorrel Eva Meechan at Friday, September 03, 2010 No comments: